Prior to their recent destruction, the 6th-7th century, rock-cut Bamiyan-statues in the  Valley of central Afghanistan were considered the largest in the world. Known collectively as the Bamiyan Buddhas, the two monumental sculptures have amazed both Buddhist and non-Buddhist visitors for more than a thousand years. Like many of the world’s great ancient monuments, little is known about who commissioned the bamiyan-statues or the sculptors who carved them. However, their very existence points to the importance of the Buddhist faith and the Bamiyan Valley during this period.

The Taliban thought it had destroyed one of the world’s wonders, the monumental Buddha-statues of the Bamiyan Valley.But the Buddhas shine again in the towering cutouts in the mountainside where they stood for centuries. They are back, thanks to 3-D light projection. And they look great. 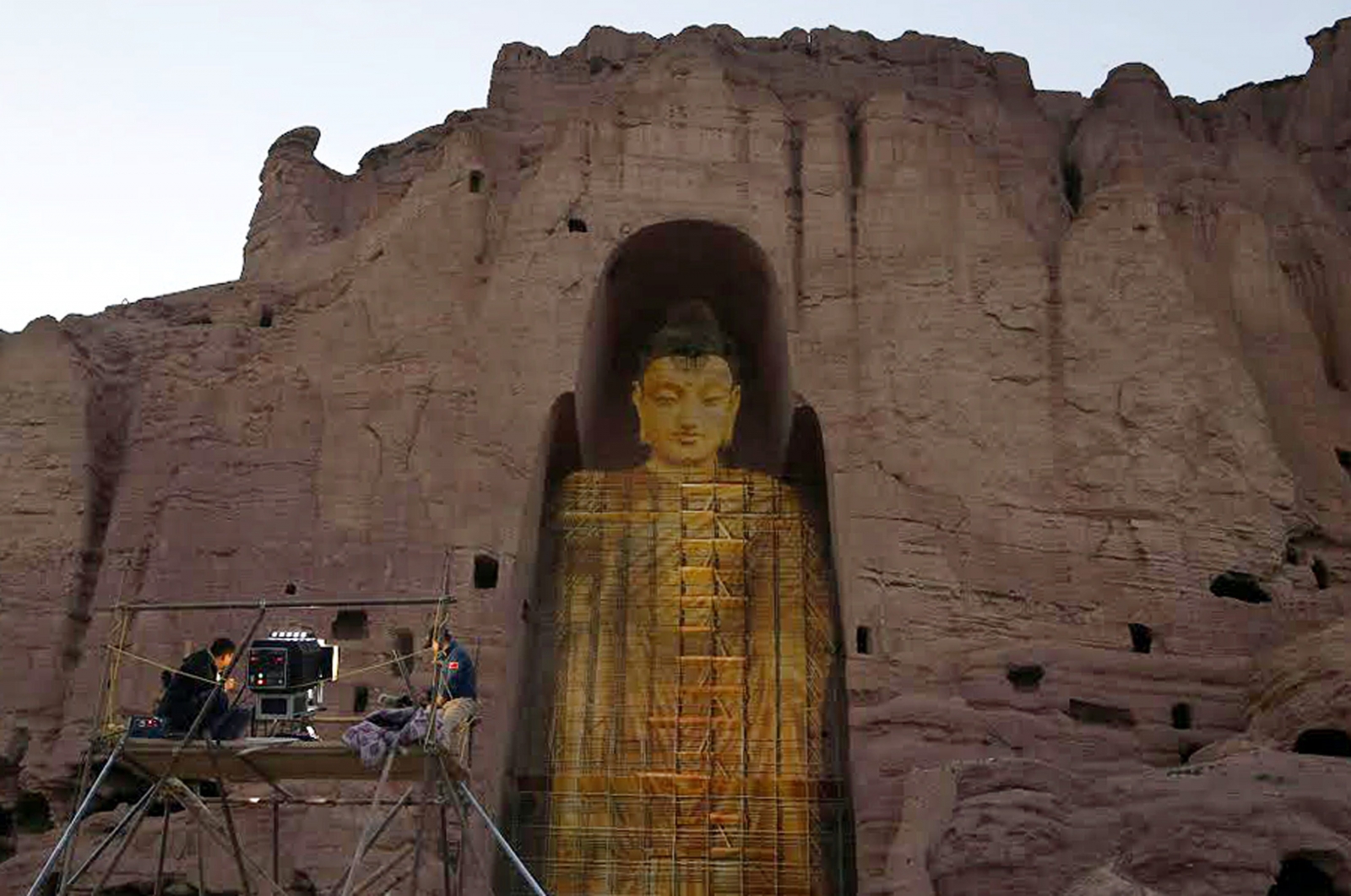 Built in the 6th century before Islam had traveled to the central Afghanistan region, the two Buddhas of Bamiyan were famous for their beauty, craftsmanship and of course, size. The taller of the two Buddhas stood at more than 170 feet high, with the second statue at nearly 115 feet. They were once the world’s largest standing Buddhas.

In March 2001 Taliban leader Mullah Mohammed Omar ordered the Buddhas destroyed. They were subsequently blown apart and left in rubble.

But the technology that gives us images of Tupac Shakur or Michael Jackson in concert, or Narendra Modi on the campaign trail, have been applied to the Bamiyan Buddhas. Now, 3-D light projects on the empty cliff where the statues once stood. The device that controls the illumination was a gift from a Chinese couple to the Afghan people.

The illumination has brought relief to many of the locals who had been pressed into service by the Taliban in 2001 to destroy the Buddhas. After tank fire failed, the local workers drilled holes, planted dynamite and conducted a series of explosions to bring the giant statues down. “I regretted it at that time, I regret it now and I will always regret it,” one of the workers, bike repairman Mirza Hussain, told the BBC in March. “But I could not resist, I didn’t have a choice because they would have killed me.”

Many have called for the reconstruction of the statues, but UNESCO suggests rebuilding the massive stone Buddhas might be impossible. With the new light projection, the Bamiyan Valley might just have the next best thing.